The Vault of Error: Pet Shop of Horrors

The month of October stirs strange desires in the breasts of every person who grew up enraptured by Halloween, so what better time is there than now to venture among the cotton cobwebs and the ten cent plastic spiders in the cinematic crypt known as my Vault of Error? With this goal in mind, I sifted through the hundreds of anime DVDs lining my bookshelves, looking for something appropriately hair-raising and spine-tingling, all the while lamenting that quality home video releases of horror-themed anime aren’t so terribly easy to come by in the United States.

I thought perhaps that I’d revisit RightStuf’s release of Boogiepop Phantom. Or maybe I should reflect upon Sentai Filmworks’ recent resurrection of the original Vampire Hunter D film? Or would it be better to finally crack open that ancient A.D.V. Films version of Doomed Megalopolis that I’ve been studiously ignoring for more than a decade? Ultimately, none of these would do, because in my aimless ramblings I found the perfect title for my purposes: I stumbled across a copy of Pet Shop of Horrors.

I say “stumbled” because I have absolutely no memory of purchasing this DVD. For a moment, I hesitated. Was this the beginning of my own personal descent into Japanese-style horror? Had my life become a J-horror film? Did I really buy this anime and then completely forget about it? Or did Pet Shop of Horrors simply manifest physically in the Vault like a malevolent spirit? If I sat down to watch it, would Sadako pop out of my television screen and reduce me to a purple-tinged corpse cowering pathetically behind a Totoro plushie? I had to discover the truth of the matter… 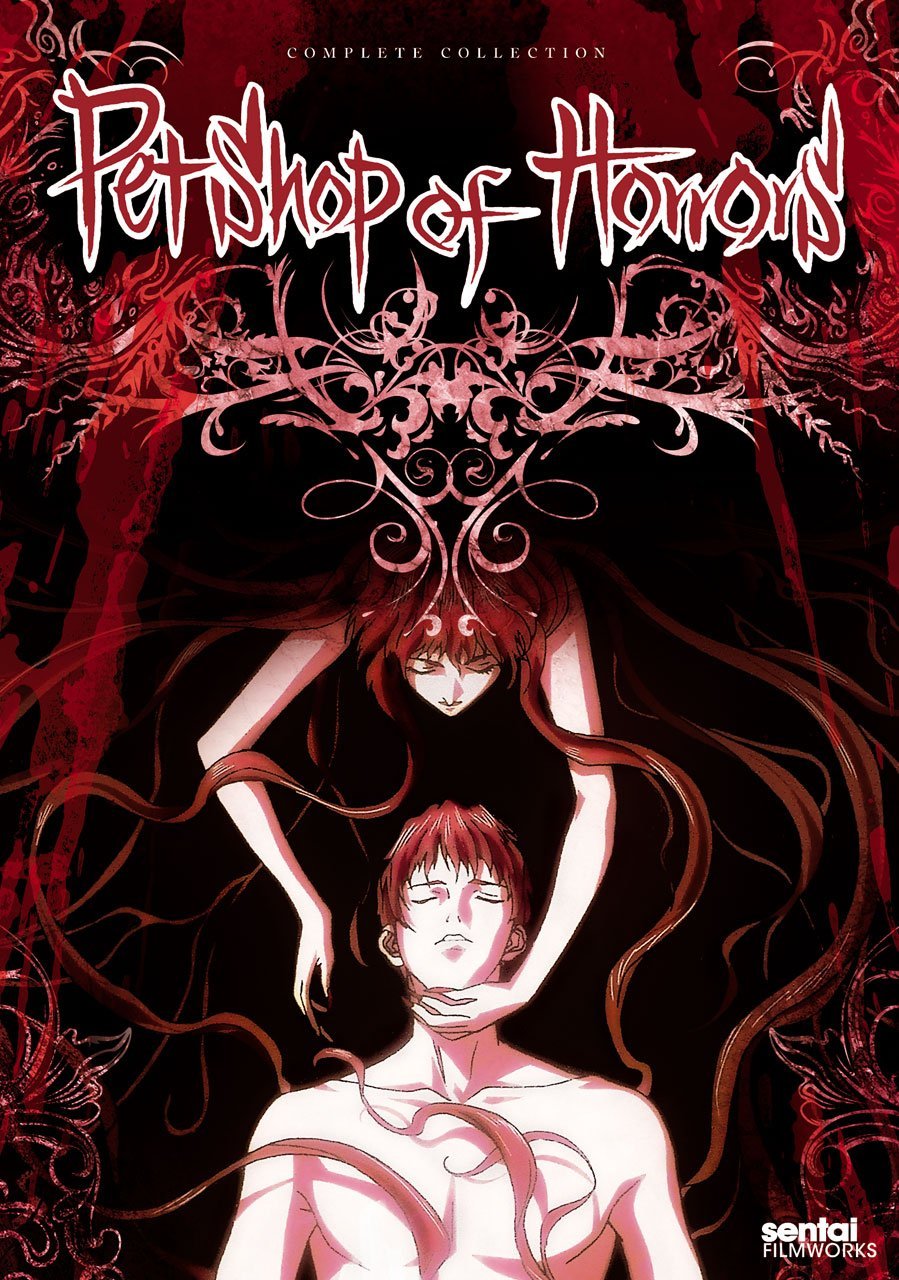 Imagine my bemusement when I learned that Pet Shop of Horrors (not to be confused with Little Shop of Horrors) has less in common with Ju-On and Ringu, and more in common with Gothic romances such as The Castle of Otranto, Mary Shelley’s Frankenstein, and the works of Edgar Allan Poe. The series is short on jump-scares and long on conveying a sense of decadence, depravity, and existential dread. In short, despite its ghoulish narratives and its perverse transformations, Pet Shop of Horrors isn’t really horror in the modern, American sense of the word.

Pet Shop of Horrors is based on the manga of the same name by Matsuri Akino. The titular pet shop is a shady establishment located in the Chinatown section of Los Angeles, California. This shop’s proprietor is the mysterious Count D, a vaguely sinister cross between David Bowie and Dr. Fu Manchu. D’s pet shop specializes in rare breeds, exotic animals, and karmic-based muuuuuuuuuuuuurder. This causes much consternation to local police detective Leon Orcot, a hot-blooded young cop who suspects D is secretly engaged in all manner of unsavory and illegal practices ranging from drug-trafficking to human slavery. Unfortunately for Leon, D is both inhumanly well-connected (even the mayor of L.A. is unable to resist the siren call of a pet penguin provided by D) and seemingly untouchable, since it’s nearly impossible to build a homicide case when the motive is absent and the murder weapon is a creature of myth and legend.

A four-episode set of TV specials from 1999, the Pet Shop of Horrors anime follows a simple pattern: Someone of great wealth and prestige (but possessing a damning character flaw) frequents D’s pet shop. There they purchase an exotic pet, usually one that is legendary and / or magical and which possesses a strikingly human appearance despite D’s insistence that the pet in question is simply a bunny, a lizard, or a tropical fish. In the process of making their purchase, the customer signs a contract with three unique stipulations specifying how they must care for their new pet, all the while half-listening to D’s warnings that breaking any of the rules could result in dire (i.e. deadly) consequences. Then the customers return home, enjoy the company of their new pet for a while, succumb to their damning character flaw, and subsequently break the rules of their contracts. Their pet kills them in gruesome (and often hilarious) fashion. Meanwhile D sips tea and indulges his sweet tooth while Leon fumes and fusses and fails to arrest D for any wrong-doing. Lather, rinse, repeat. 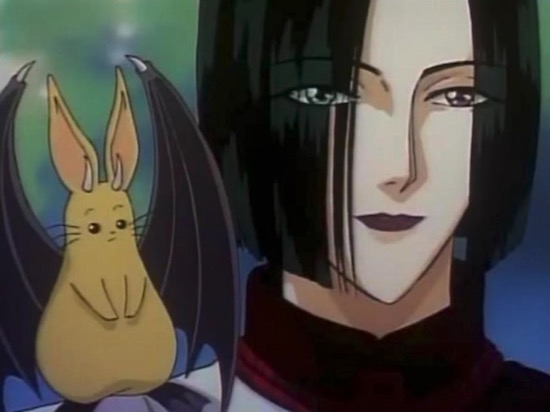 As a result of its bizarre premise and entirely too serious tone, Pet Shop of Horrors isn’t particularly scary. The only elements I found truly horrifying were some of the digitally-generated backgrounds and camera movements, which mesh terribly with the traditional cel animation by Madhouse. Still, the series is a tasty morsel of Gothic melodrama easily worth an hour or two. Each episode is a story of tragic romance, doomed ambitions, and broken dreams. Every character is fabulously wealthy and / or physically beautiful, with willowy, feminine character designs that would be more appropriate to a boy’s love comic or perhaps a Takarazuka revue. In short, Pet Shop of Horrors is the kind of anime that will temporarily turn you into a fujoshi, even if you’re not the correct gender to earn the appellation of “rotten girl”.

But even if Pet Shop of Horrors doesn’t make you want to drape yourself in velvet and recline on a Victorian fainting couch whilst nursing a crystal goblet of absinthe in one perfectly manicured hand, it’s still worth viewing for the contrast that Japanese horror can present. Western horror is primarily Manichean, offering a clear-cut distinction between good and evil, light and darkness, innocence and sin. But Pet Shop of Horrors does not depict such a simplistic world view. Count D isn’t so much evil as amoral. He provides his customers with what they truly desire, even if those desires involve cannibalistic mermaids, love-struck medusae, or kirin of questionable character. With a barely restrained smirk, Count D cautions his patrons that failing to abide by the terms of the contract will spell disaster. Inevitably, the customer’s bad karma and human frailty doom them to death. In Pet Shop of Horrors, the idea of what constitutes a fatal character flaw is askew. The guilty aren’t rapists or murderers, but over-indulgent parents, suicidal artists, unfaithful spouses, and the like. Not even buses full of grade-school children are immune to karmic retribution, which descends without warning like the drop of the headsman’s ax.

Also, this series includes the following line of dialog, delivered without the slightest hint of irony: “They won’t stop; the city will be filled with man-eating rabbits!”

Few things are as amusing as the prospect of a lagomorphic Apocalypse, so I’m glad that Sentai Filmworks rescued the license to Pet Shop of Horrors. The series was originally released in North America by Urban Vision, but that company has long since given up the ghost. Tokyopop released an English language version of the manga, but that enterprise is also effectively a phantom, more memory than matter in this moment.

Perhaps there was something to my initial misgivings as I stood before the dark treasures of my Vault and wondered how and when I had acquired Pet Shop of Horrors. Perhaps this series really does destroy lives (and businesses) as surely as the supernatural companions sold in Count D’s exotic pet emporium? Or perhaps All Hallow’s Eve is just around the corner, and I wax too Gothic with this pet project of mine? Either way, its time to close the Vault for now. Happy Halloween, boys and ghouls. May you find fulfillment in your own personal Pet Shop of Horrors, where every sinner with a sweet tooth gets their just desserts. 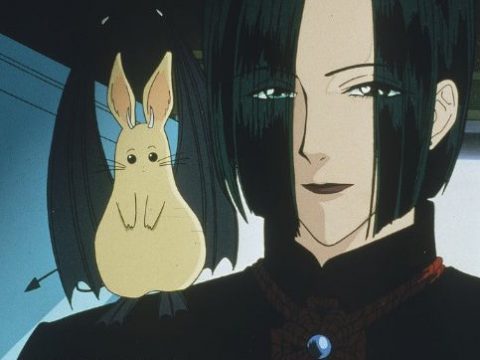 Pay a Visit to the Pet Shop of Horrors Anime on Blu-ray!