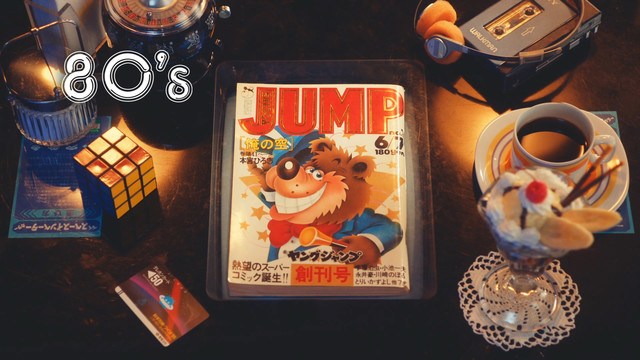 Young Jump, the manga magazine that’s been home to manga like Elfen Lied, Gantz and Tokyo Ghoul, turns 40 this year.

To mark the occasion, the magazine has teamed up with Japanese producer tofubeats to create a charming music video that traces 40 years of history in just two minutes.

Manga featured in the video include classics like Mad Bull 34 and Salaryman Kintaro to currently-running titles like Kingdom and Real. Our favorite part, though, might be the issues of Young Jump dancing around on tables surrounded by various products that represent each decade.

Young Jump launched in 1979, and was created to feature “seinen” manga aimed at an older audience than the comics features in Shonen Jump. As of 2018, it had a circulation of just over 500,000 copies.

Gunpla to Boldly Go Where No Anime Toys Have Gone Before
Evangelion Fans, Get Ready for the Apartment of Your Dreams