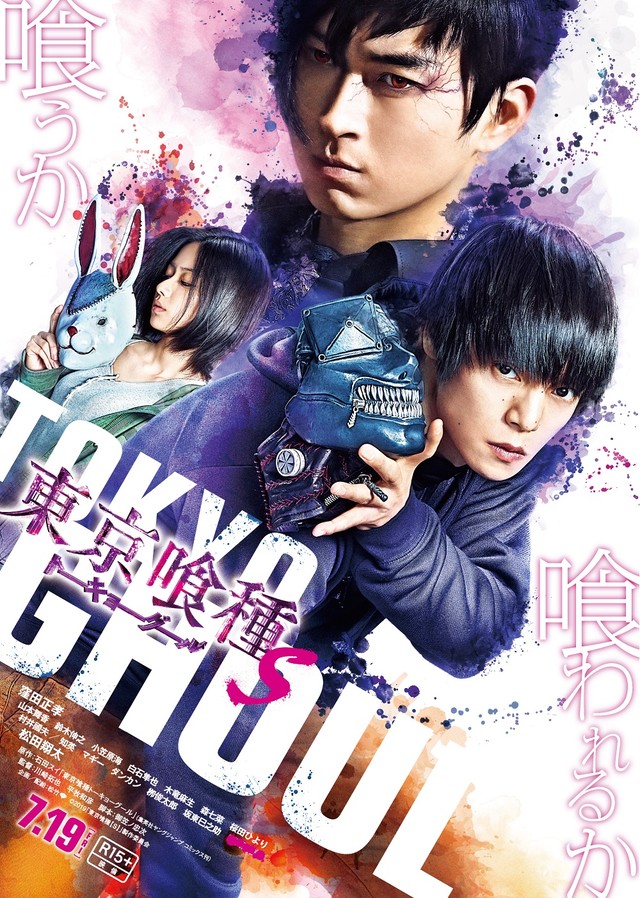 Tokyo Ghoul is back for another round of live-action ghouling this summer with a sequel to the 2017 film.

Today, we got a fresh look with a newly-revealed poster and trailer—oh, plus the actual name of the film.

The tagline on the new poster reads “eat or be eaten.” The poster also reveals the film’s R15+ rating, meaning (S) will not be sparing the gore.

The new film is directed by Kentaro Hagiwara and Takuya Kawasaki, and features Masataka Kubota as Kaneki and Maika Yamamoto as Toka. It ghouls its way into Japanese theaters July 19.

Ken Kaneki’s only chance for survival is an organ donation that turns him into a ghoul-human hybrid. Confused and alone, he finds sanctuary at Anteiku—a café run by the people he once considered monsters. When the innocent members of this ghoul safe house are threatened by humanity’s taste for vengeance, Kaneki will risk life and limb to protect the very world that changed his own.