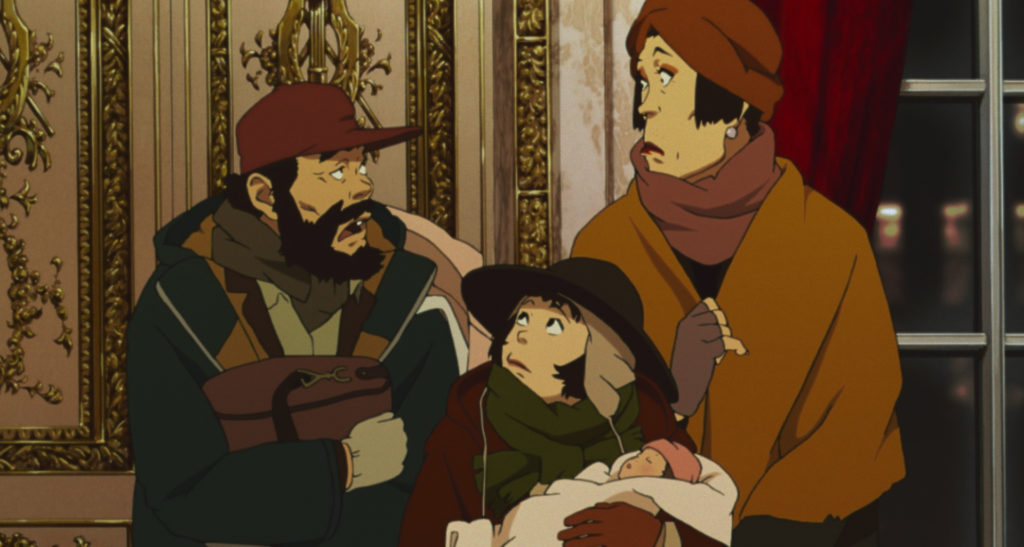 For two nights next month, anime fans and cinema lovers in the U.S. will be able to catch Satoshi Kon’s Tokyo Godfathers anime film on the big screen. Subtitled screenings are set for March 9, followed by dubbed screenings on March 11, and GKIDS went ahead and revealed the cast members for the latter.

You can now purchase tickets ahead of showings via GKIDS’ website.

In modern-day Tokyo, three homeless people’s lives are changed forever when they discover a baby girl at a garbage dump on Christmas Eve. As the New Year fast approaches, these three forgotten members of society band together to solve the mystery of the abandoned child and the fate of her parents. Along the way, encounters with seemingly unrelated events and people force them to confront their own haunted pasts, as they learn to face their future, together.

Co-written by Keiko Nobumoto (Cowboy Bebop) and featuring a whimsical score by Keiichi Suzuki, Tokyo Godfathers is a masterpiece by turns heartfelt, hilarious and highly original, a tale of hope and redemption in the face of seemingly insurmountable odds.