The Japanese media is starting to take note of America’s presidential race, and they’re particularly fixated on a certain unconventional candidate who’s had some not-so-nice things to say about Japan.

This week Masaaki Sato, a political cartoonist for the Tokyo Shinbun, had a bit of fun mashing up the walls of Attack on Titan with Donald Trump’s proposed wall on the Mexican border into a comic that we’re calling Attack on Trump. 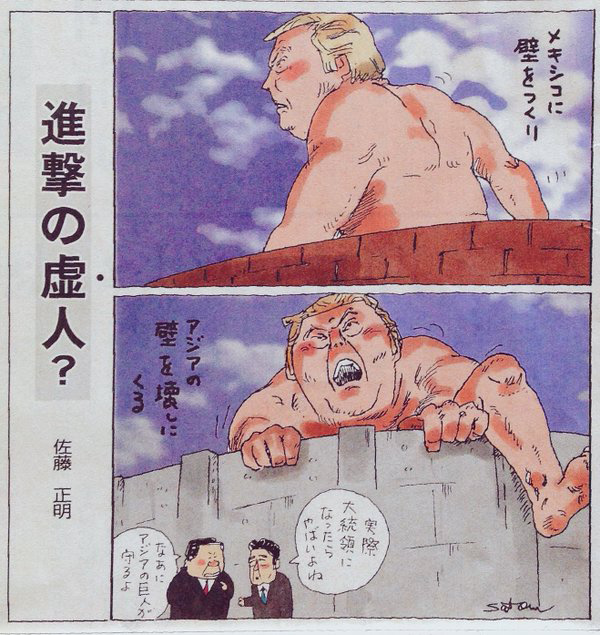 The main text reads “Trump is going to build a wall around Mexico… and destroy the walls around Asia,” while the politicians in the bottom corner discuss:

“It’d be pretty bad if he actually becomes president, right?”
“Nah, the Titans of Asia will protect us.”

The title is pretty clever, too – it’s pronounced just like the Japanese title for Attack on Titan, Shingeki no Kyojin, but the original kanji for Kyo (“giant”) has been replaced by another Kyo (“liar”).

Just goes to show how deeply Attack on Titan has penetrated into Japanese society.