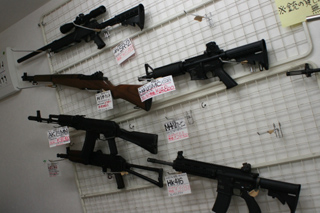 “Who is the Enemy? The Hot-Blooded Man Who Targets the Wilderness”

There’s a million different ways to get your kicks in Tokyo. But alas, many of them are certain to drain your wallet dry, especially now since the US dollar is worth about as much as the paper money that comes with Monopoly games (maybe even less by the time you read this).

So here’s a tip: go low budget. Get as far away from the crowded trend-driven parts of town as you can. Pass up Shibuya, Harajuku, Roppongi, and the rest of them and go up north to Akabane.

A humble ward in Kita-ku—gateway to suburban Saitama—Akabane is regarded by some snobbish locals as being flat-out ghetto, but compared to an actual ghetto like, say, South Central LA or Camden, New Jersey it starts to look positively utopian. And as I mentioned before, the low cost of living means that fun there comes cheap, especially when it comes to playing with GUNS!

Well, air soft guns, not real ones, but hey, Japan has to keep that crime and murder rate down somehow… 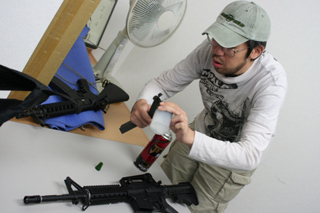 One of the trained professionals at Frontier
shows those BBs who’s boss.

Located near Akabane JR station, Frontier is an air-soft gun range where anyone can pop in, grab a firearm off the rack, and happily blast away at a variety of targets at the rock bottom price of 200 yen for 30 min of adrenal gland-bursting action. That’s about $2.50 at today’s exchange rates.

The lack of accessibility to actual firearms has helped to create a race of fake-gun aficionados in Japan, who covet and collect replicas that look and feel as much like the real thing as possible. Akabane must be full of such folks because the shooting range is only part of a Frontier empire in Akabane. There’s a nearby Frontier hobby shop that stocks basic goods that every growing boy needs like Gundam kits and Tamiya model paints. Then there’s Frontier Gun Gun which specializes in selling new and used replica weaponry and military surplus clothing.

The 2-story Frontier shooting range facility opened in July 2010, so everything inside looks and feels new. Harsh fluorescent lighting and white stucco walls give off a general sense of an office building taken over by gun-crazy nuts. There’s bound to be a classic textbook military otaku guy, sipping from a Coke, seated behind a desk surrounded by imitation implements of death and destruction. He’s your new best friend as you choose your poison: assault rifle, automatic handgun, sniper rifle, even shotguns! 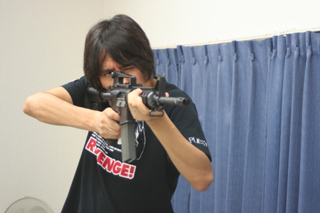 Your humble editor in chief does his best Golgo 13 impression.

Most everything I know about modern warfare comes from (you guessed it) Call of Duty: Modern Warfare! Which is probably why I reached for two old standards to rent on the range: the Glock 19 handgun and the M4 automatic rifle. The helpful guy on staff showed me everything I needed to know about inserting little plastic BBs and what to do if the guns jammed, and then he left me alone to vent my frustrations. Heavy blue drapes kept the outside world from ever knowing what a crackerjack shot I am when it comes to the myriad of targets available in frontier’s shooting gallery. They range from the standard bull’s eye to a set of metal plates than pleasingly made loud DING noises whenever struck. The mood was kept jovial throughout by a wall decorations that included a “combat target” of a dirty crook pointin’ his gun at you and a poster advertising the recent A-Team movie!

As I mentioned earlier, time in the range itself is a mere 200 yen. Bring your own gear, and that’s all you’ll ever need spend. But if you’re a total noob off the street with nothing but the socks on your feet, the store can also hook you up with everything else you’ll need to be a budget commando, including gun rentals, ammunition, and ever-present cans of compressed air. Total cost at Frontier for two people for an hour of target practice: 1500 yen (about US$18.00, cheaper than a movie ticket for one person in Japan). 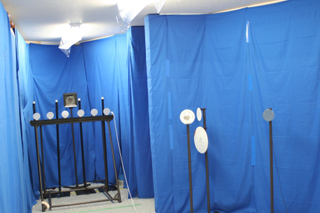 Patrick Macias is the editor in chief of Otaku USA magazine. His blog can be found online at  www.patrickmacias.blogs.com 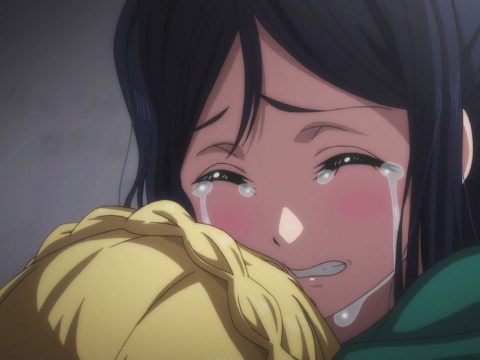 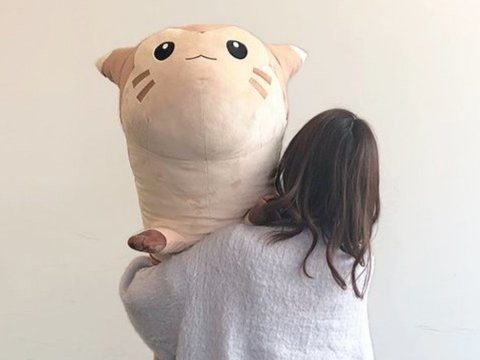 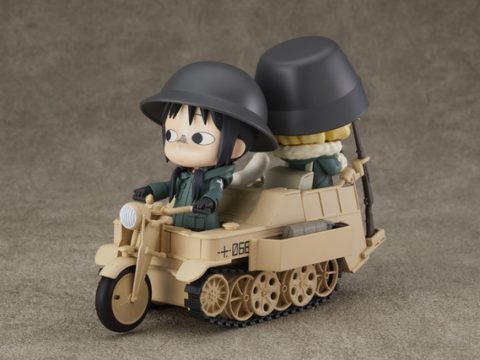 Girls’ Last Tour Nendoroids Might Be the Best Ones Yet 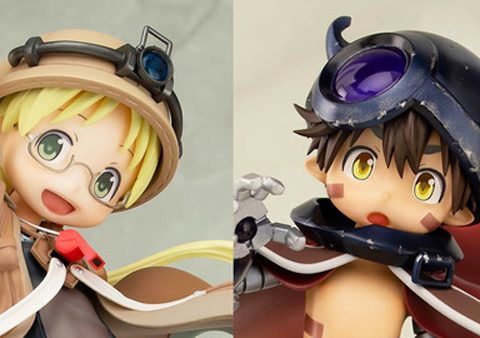 Riko and Reg from Made in Abyss Get New Figures 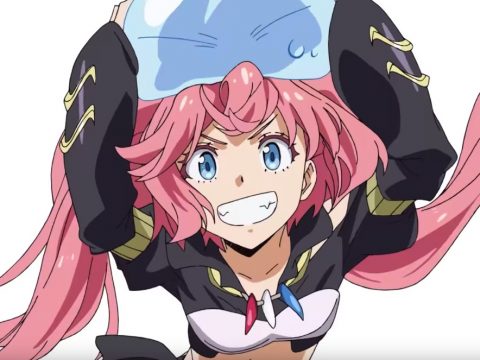 Arcadia of My Youth
Crunchyroll to Simulcast Gosick, Beelzebub and More