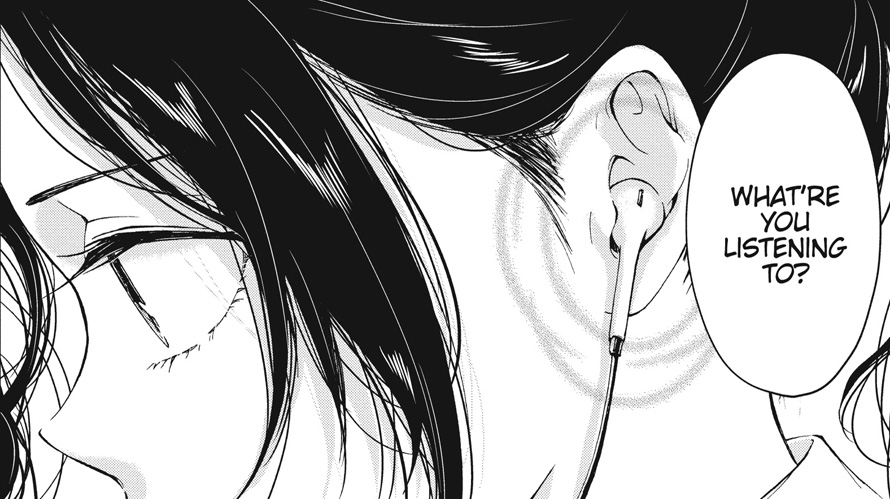 From the light bondage imagery on the cover to the sweaty “Oohs!” and “Unghs!” on the first page, Transparent Light Blue teases the reader with way more sex than it actually has. (Check that age rating!!) Ricchan, Ichika, and their guy friend, basketball-obsessed Shun, have known each other since early childhood. When Shun and Ichika start going out, Ricchan feels strangely sad and realizes that she, too, loves Ichika; maybe she always has. “Have you kissed him yet?” Ricchan asks. “Yeah. Kinda. But … it doesn’t feel … real …” Ichika confesses. Then Shun catches Ricchan kissing Ichika while she’s asleep, and from that moment on their three-way friendship shatters.

Can Ricchan confess her love instead of just being a creeper? Can she even look Shun in the eye? Can the three of them ever be friends again? 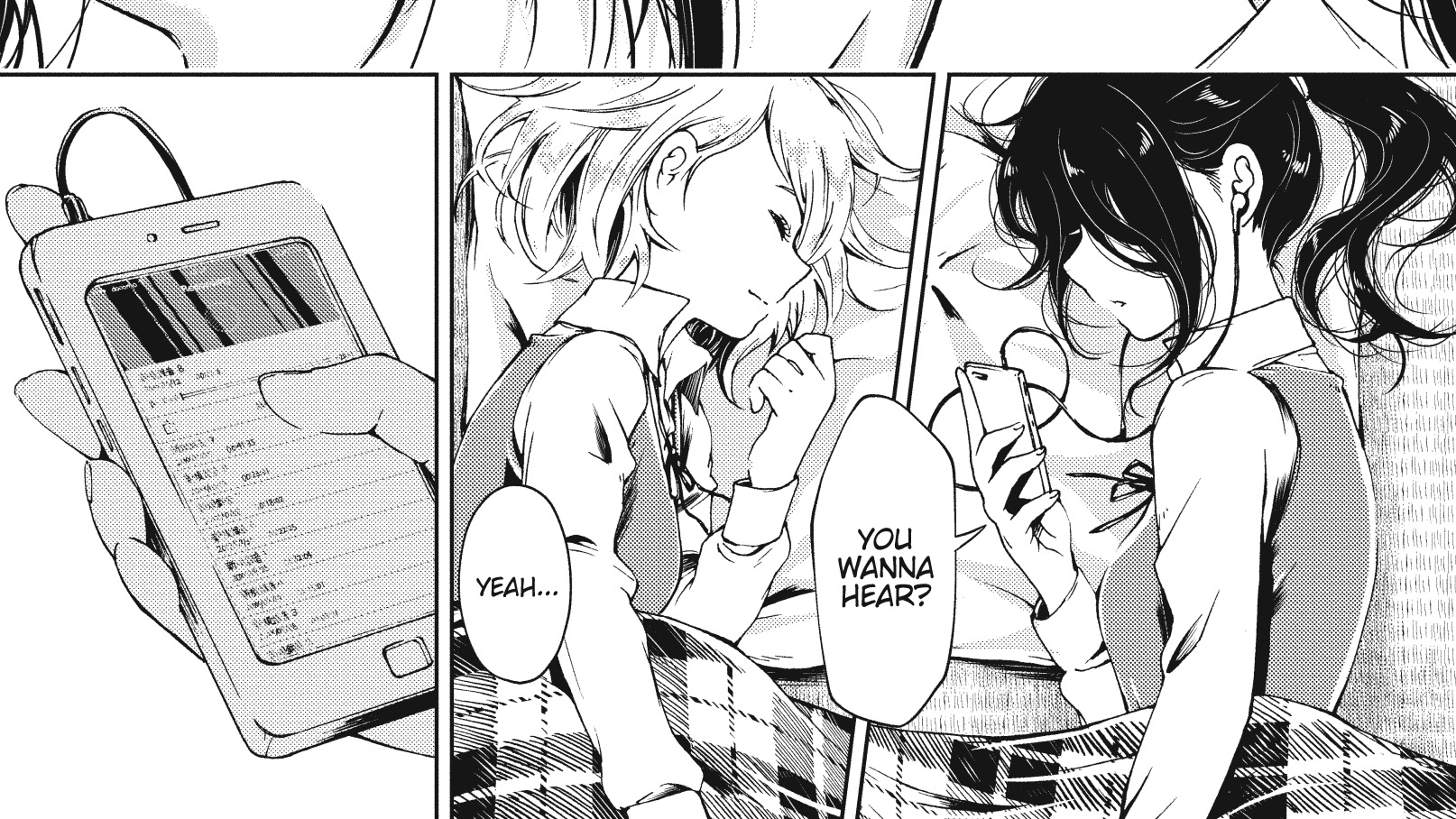 It’s unusual for yuri (lesbian) manga to have any significant male characters, so the very presence of Shun is the most unusual thing about Transparent Light Blue, a sporadically effective tale of romance, friendship, and gay panic. As Ricchan deals with her own internalized homophobia (“Be honest! Tell me I’m gross for liking her! Something, anything!”), she lashes out at herself and the other characters, facing internal and external struggles on the road to love. 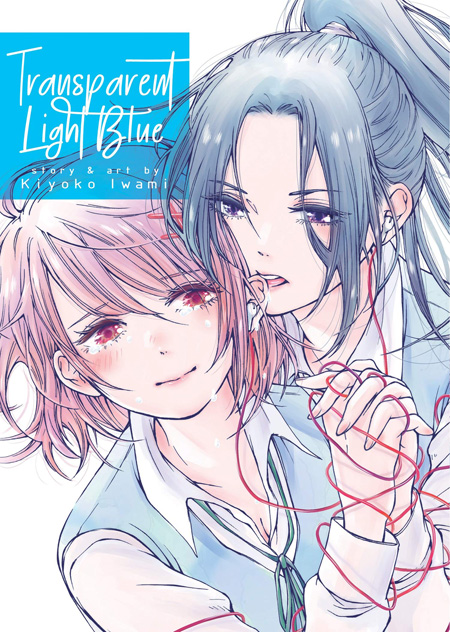 Unfortunately, the pacing is iffy, an emotional tilt-a-whirl of trying to do too much in too few pages, and the weight of the story further suffers from the author’s metaphor that “sex is like cleaning someone’s ears with a Q-tip,” which probably wasn’t worth making into the central setpiece. The final 60 pages of the book are taken up by a rather contrived separate story, “Apron,” about a girl who has a crush on her female coworker and asks another coworker to cross-dress in her crush’s clothes. In both the central and secondary story, original ideas clash against clunky execution and sometimes crude artwork.

Japanese Novelist Says Anime Voice Acting is Too Over the Top
Kaguya-sama: Love is War is a darkly comedic anime rom-com