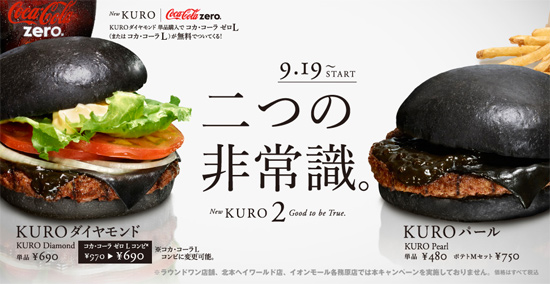 Despite its biggest chains being owned by foreign corporations, Japan’s fast food culture has a life all its own. The Japanese versions of McDonald’s, Burger King, KFC, and what-have-you regularly offer up strange and wonderful limited-time items. We’ve previously covered anime-related promotions Lotteria’s Evangelion burger and KFC’s Dragon Ball Z giveaways, but Burger King’s Black Burger is the oddest we’ve seen in a while.

While not at all tied in to anime (though you could alight on an alliterative anime adventure by eating a black burger while watching Black Butler), we couldn’t resist taking this one for a spin.

First, the deets: there are actually two burgers, the Kuro Diamond and the Kuro Pearl, both of which have black buns, black cheese and black sauce – specifically, chaliapin sauce, apparently a garlic and onion sauce named after an opera singer who spent some time in Tokyo. 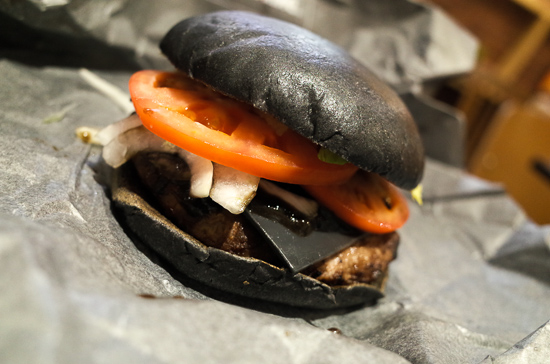 According to Burger King, it’s not just liberal application of food coloring that’ve made the ingredients black: instead, the buns and cheese have been cooked (infused? treated? mated?) with bamboo charcoal.

Surprisingly, too, the taste was significantly different from a normal burger. We suspect that’s due to the chaliapin sauce, which was quite strong.

Okay, but is the black burger actually any good? 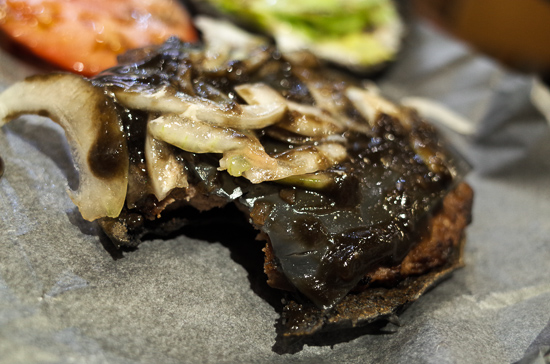 Well, it tastes better than it looks. Still, we suspect BK will sell far more burgers based off the novelty factor than the gourmet one. But that’s life in the wild world of Japanese fast food.