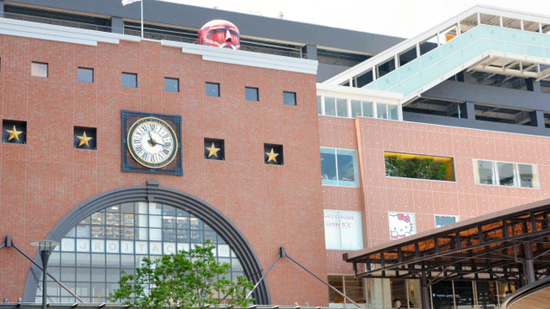 Attack on Titan fans know the only way to bring down Titans is to cut the back of their neck where the spine connects to the brain.

But residents of Japan’s Oita have discovered a second Titan weak point: lots and lots of water.

As we reported a few weeks ago, Oita is in the middle of a Titan invasion, with 13 Titans set up throughout the city to help promote an exhibition called Wall Oita.

But a typhoon hit Oita August 24, and Oita station’s Colossal Titan was no match for the rain and winds. The top of its head was destroyed, leaving only a toppled piece behind.

Residents of Oita seem to be taking the death of the Colossal Titan well, with lots of social media posts including “wwwww” (the Japanese equivalent of “lol”).

Let’s see if Eren and friends employ the “typhoon method” in season 2 of Attack on Titan.

Anime Industry Up 10%, Says New Report
Studio Ghibli Classic Only Yesterday to be Released in U.S.