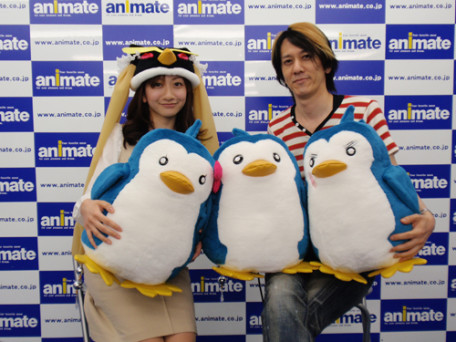 Let no one accuse Kunihiko Ikuhara of being boring. The director, who masterminded Revolutionary Girl Utena and Penguindrum, directed a decent chunk of Sailor Moon and has a pretty wicked sense of fashion, never fails to crank the weirdness up to 11. 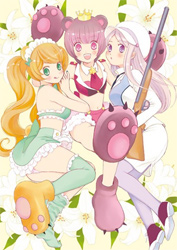 So we’re pretty psyched about his new series, Yuri Kuma Arashi, which was teased this week on a new website, which promises to reveal more information in the coming months.

What we know so far is the series is about a high schooler named Kureha who’s constantly dreaming about bears and transparent storms.

Character designs will be provided by Madoka Magica 3 animation director Etsuko Sumimoto and animation will be handled by studio SILVER LINK. Yuri Kuma Arashi also has a manga version, which launched this February, by artist Akiko Morishima.

Very much looking forward to whatever Ikuhara’s cooking up in that amazing hair-covered head of his.

Third Rurouni Kenshin Film Gets Full Trailer
More Than Ghost In The Shell: The Legacy of Masamune Shirow