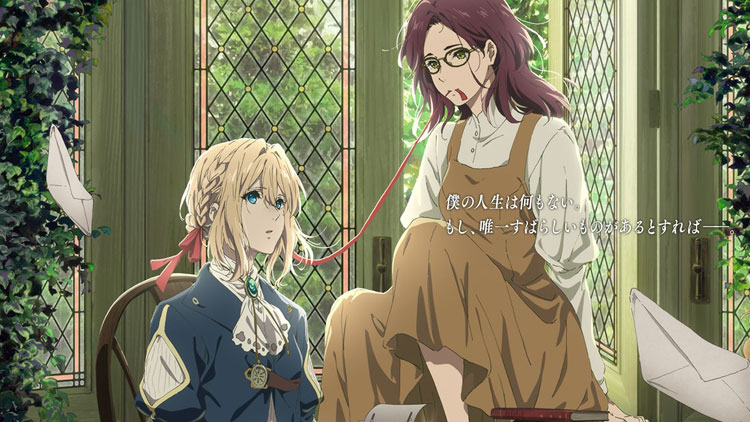 In the lead-up to the September 6 release of Violet Evergarden: Eternity and the Auto Memories Doll, Kyoto Animation released some new details about the project to the press.

One detail, which they described as “miraculous,” was the fact that the project was completed July 17 — exactly one day before the arson attack on the studio that killed 35 of its employees and destroyed virtually all the materials in its main studio.

Kyoto Animation also announced that the end credits for Eternity and the Auto Memories Doll contain the names of everyone who worked on the project, even low-level staff members. Normal KyoAni policy is to credit only those with one year or more of experience with the studio.

The additional credits were added at the request of Haruka Fujita, the director of the project. The credits will include those members of the staff who died or were injured in the incident.

In addition to the voice actors returning from the series, the Eternity and the Auto Memories Doll will star Minako Kotobuki as Isabella York and Aoi Yuki as Taylor Bartlett. The story centers around Isabella, the heir to a noble house who is taught manners by Violet Evergarden.

This is a separate project to the full-length film which was set to hit theaters January 10, 2020. The fate of that film is not yet clear.