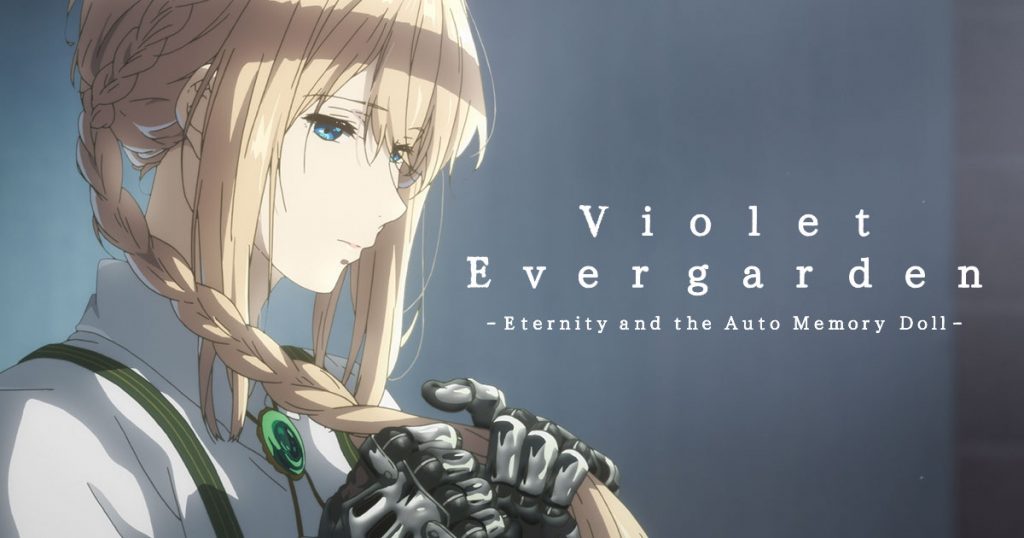 The film, which was released in September in Japan, will be released by Funimation in U.S. theaters in “early 2020.”

Premiering shortly after the arson attack in which 36 employees of Kyoto Animation lost their lives, the film was originally scheduled for a limited run, but ended up playing for months in some theaters.

In addition to Eternity and the Auto Memory Doll, Kyoto Animation is working on a Violet Evergarden film set to be released in Japan in April.

Here’s how Funimation describes Violet Evergarden I: Eternity and the Auto Memory Doll:

Violet Evergarden comes to a private women’s academy to tutor Isabella in the ways of being a lady. Heir to the York family, Isabella feels trapped in this new and uncomfortable world. She still grieves for the only person to ever bring her happiness – now lost to her. Violet’s lessons do give her a brief respite from the melancholy but with the absence of joy, how long does it take to truly heal?