I Want to Eat Your Pancreas Anime Film Gets Full Trailer, Key Visual 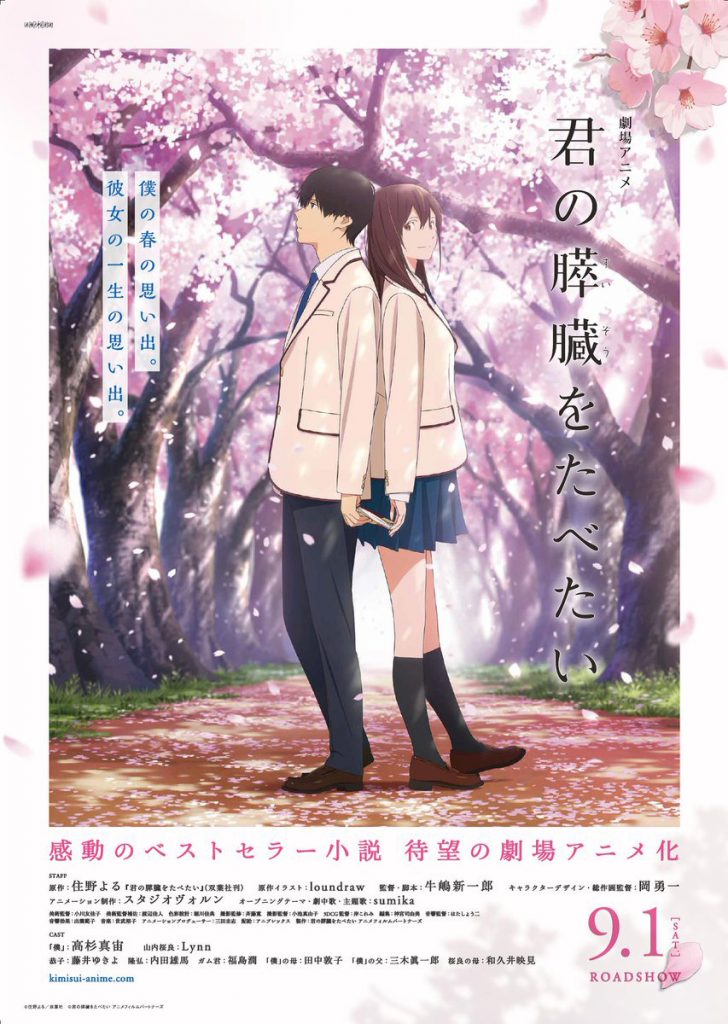 I Want to Eat Your Pancreas, the upcoming anime with the eyebrow-raising title, now has a full trailer and a new key visual.

The trailer features two songs from the film, “Fanfare” and “ShunkaShutou,” both by band Sumika.

The film, which is also known as Let Me Eat Your Pancreas, is due out September 1 in Japan.

Here’s how Seven Seas describes the novel on which the film is based:

Also known as Let Me Eat Your Pancreas, this deeply moving first-person story is about a high school boy who finds the diary of his classmate—and discovers that she’s dying. Yamauchi Sakura has been silently suffering from a pancreatic disease in school, and now exactly one person outside her family knows. He swears to her that he won’t tell anyone what he learned, and the shared secret brings them closer together. The two have very little in common, but they find themselves drawn to each other in Sakura’s final months to live.