What’s Michael? Find Out in the Manga’s First Fatcat Collection! 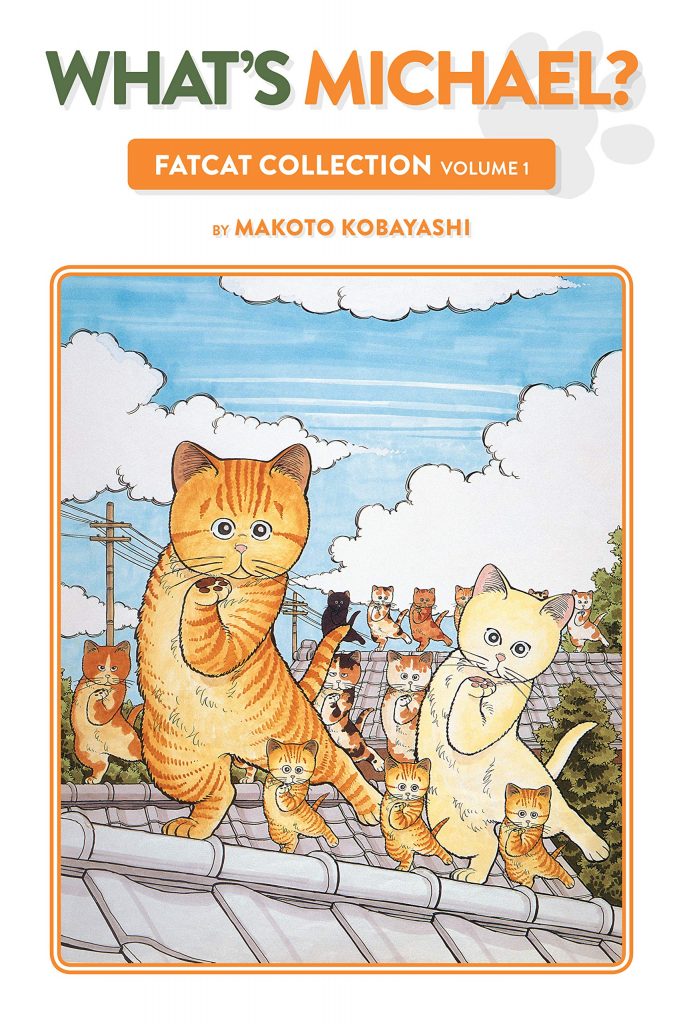 What’s Michael? is an endearing and funny manga about cats that was originally published in Japan in the 80s. Though it was previously published in America, it went out of print for years, much to the chagrin of fans. Now Dark Horse is re-releasing it in special omnibus editions. The What’s Michael? FatCat Collection contains the first six volumes of the manga.

The stories are told in vignette form, and there isn’t a single Michael the book covers. Instead, it’s a series of different cats named Michael. This might sound confusing, but it really isn’t. While there are some reoccurring characters, you really don’t have to keep track of them to enjoy the book. Each vignette stands on its own, and its main point is getting across the humor. Some of the stories are realistic and deal with cat foibles like giving them a bath, getting rid of fleas and cat play time. Other stories have anthropomorphized Michaels and deal with cat businessmen, cat police officers and cats fighting professionally in the ring. Some are wacky but within the realm of reality, like the reoccurring tales of a yakuza who’s embarrassed he has a little pet cat instead of a big, vicious dog.

Kobayashi is an excellent artist, especially at comedy. Many panels in the book have no need for dialogue because the drawings themselves get the point across. Kobayashi can perfectly capture a cat’s haughtiness, naughtiness, or play. The cat’s movements and expressions, while a little exaggerated for art’s sake, are great capsules of movements you see real cats doing. He also does a good job of giving the cat’s point-of-view, such as showing how offended they are not to have their food right away, or the terrible dangers of a new object being brought into the house.

Altogether, What’s Michael? is a lightweight, amusing, entertaining read that’s very good at wiling away some time and bringing smiles to readers’ faces. It’s definitely up the alley for anyone who really loves cats. The book opens with an introduction from writer and translator Zack Davisson (author of Kaibyo: The Supernatural Cats of Japan), discussing a bit about the cultural history of cats in Japan and how What’s Michael? was originally created. And for those with a keen eye: check out page 95, where there’s a brief reference to Frederik L. Schodt, Osamu Tezuka’s English translator and interpreter.