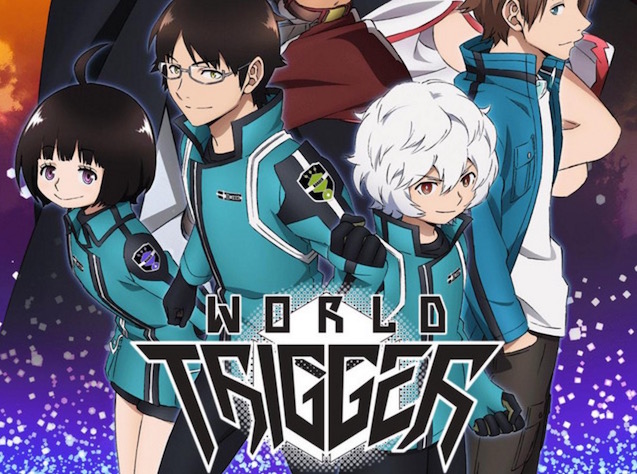 The current TV anime adaptation of Daisuke Ashihara’s Shonen Jump manga World Trigger is officially coming to an end. The series that originally kicked off in October 2014 will wrap up in March as the season ends.

The current season of World Trigger follows the original Fugitive Arc. Once that ends TV Asahi plans to replace the anime block with a sports news program called Sports Sunday in April, airing in World Trigger‘s 6:30am slot.