I started reading manga back in the 80s. Most of the manga I initially read came from mainstream publishers – Shogakukan, Shueisha, and Kodansha. You could say that the first decade or so of my otaku-life only knew of Shonen Jump, Shonen Sunday, and Shonen Magazine. Most of the manga I read back then had a slight romance tinge. The characters in Orange Road, Cats Eye, Urusei Yatsura, and Touch basically helped raise me in a sense. They also warped my personality a bit, as I proudly can say I try to fan service whenever I can find it. Takahashi Rumiko, Aso Hiroshi, Katsura, Hojo, Matsumoto Izumi, and Adachi are the creators of my generation and I follow to their work to this day.

My loyalty to the romance-comedy should never be in question. The genre has changed since  then. Tsundare characters are still around, but new genres and new ways to express passion have made their mark on all fandom. At the same time, romance-comedies were never my true love.

By the time I started buying manga on my own, which was toward the late 80s, shonen manga had changed a bit. The strange gag manga that were all over Shonen Jump in the 70s became endangered. Shonen Sunday and Shonen Jump were now transitioning to tournament manga. The Jojo’s, Ranma, and NINKUs were coming on riding on the tails of Fist of the North Star and Dragon Ball. Adachi and Aso were still penning romance-comedies but being a badass with big hair was the thing back then.

The yanki ideal made popular by titles Be-Bop High School, Shounan Bakusouzoku, Bukkomi no Taku, and Rokudenashi Blues was especially appealing to me. Yanki are basically Japanese juvenile delinquents, prone to fighting over turf, foxy girls, and imitating the honor-bound world of the yakuza on their own troubled-teen terms. Moreover, the late 80s were a great time for yanki manga.

I grew up in those 80s, when style, bad style, seemed to be a part of youth culture. The big hair, Red Cobra loose pants, and sukajan of the era were infectious for some reason.

I guess the fact that these had a “being so bad that you could dress bad” mentality struck home with a small number of manga readers including me.

Another Takahashi captured the look and attitude of “yanki” perfectly and was not afraid to present the violence and chaos of gang life. For that reason, Takahashi Hiroshi is my king of yanki manga. His debut title CROWS is known as the yanki bible. Published in Monthly Shonen Champion Magazine between 1990-1999, CROWS reads like a long-running cable TV mafia drama complete with cast of hundreds. Set at a fictitious high school somewhere in yanki homeland Kanagawa Prefecture, CROWS is the story of a transfer student who makes a name for himself at what is known as the baddest school in the nation. Suzuran High to yanki is as Tokyo Tower is to kaiju; every showdown happens there and every one wants to be there. And from the moment that Harumichi Bouya (his name is a pun meaning “boy on the road of youth” sets foot on Suzuran’s grounds, the nation’s yanki power balance was tipped. Harumichi destroys the establishment and then begins to unite the factions of yanki of Kanagawa.

Yanki titles prior to CROWS would focus on a few gangs and a handful of mofos duking it out. Takahashi restructured the entire concept of gang politics. He practically introduced concepts of gang/turf management and gang relations. A new world of gang politics was born from this and it would eventually lead to the development of a yanki code that was clearly made to be broken. In the world of CROWS, power is all that matters. Concepts of friendship and influence, which once were at the core of most shonen titles, could only get in the way of the rivalries and scheming that drove the characters from Suzuran. These ideas might have been more relevant in a mafia drama on HBO, but when adapted for the world of the yanki the whole genre changes. Being bad means being bad all the time and maintaining that all the time.

CROWS ended in 1999 after 26 volumes and three “gaiden” side-stories. Manga in general was morphing into the moe-fest that you see today. To answer the moe, Takahashi returned to Suzuran High School with a new class of brawlers that placed tats, chains, and scars up there with the violence and attitude that made this genre. The name of the game was WORST.

WORST was not only a chance for Takahashi to revive his most popular series, it also gave him a chance to work on a growing passion for design. Designing a character is a long, complex process in WORST. Takahashi has to coordinate looks with attitudes to make his ruffians seem bigger than life. Tsukishima Hana’s simple tracksuit and skinhead reflects his “every man” persona. No tats, no body modification is needed when you are destined to rule the most dangerous high school in the Kanto region. However, if you are an up and coming brawler from Shizuoka or Kobe trying to make a name in new territory Takahashi will customize a full  wardrobe specifically for that character. After more than a dozen volumes, Takahashi’s designs have received much attention for their detail and originality among manga readers as well as Japan’s fashion community. Professional clothing designers have produced many designs. Jackets, shirts, rings, and other accessories can be found in boutiques across the country.

WORST is currently one of the BEST selling manga in Japan. With more than 11 million copies sold it has crossed over from hardcore to mainstream. Takahashi’s yanki are being rendered into vinyl figures sold in stores like Kotobukiya alongside the G-Taste characters. They have been adapted into live- action movies directed by Takashi Miike. Thus, they have been accepted by mass-media (to the disgust of the PTA and some politicos).

Today’s bad boy titles tend to have more subtlety and for good reason. The media and social values have influenced perceptions against gang activity. Takahashi’s latest could be seen as a result of such change in attitudes.

Takahashi’s newest title Hey! Riki is currently serialized in Shonen Gahosha’s Young King Magazine. Young King is essentially the gangster lover’s choice for manga reading. The titles in this mag range from sukeban titles to full-fledged yakuza titles. Every other title is set in Shonan or Osaka. Even the titles that do not feature gangs are violent in their own unique way.

Hey! Riki is not written by Takahashi. Nagata Kouichi is the mastermind of this series. While Takahashi originals tend to focus on the politics of youth gangs, Riki is more of a high school comedy. Battle scenes are short and lacking in the cinematic direction of Takahashi’s previous title. This series is more of a slice-of-life high school story with dimwitted goons at the core. Even the costume designs are simplified, as Riki and friends tend to wear school uniforms. For the Takahashi fan this series lacks much of the passion and depth that makes his stories. Nevertheless, the hardcore yanki fan should enjoy this as much as QP, Makka ni Nagareru, or WORST for the art alone.

Takahashi changed the concept of yanki manga when it needed it the most. He gave new life to the struggling genre. Made it accessible, entertaining and, in a way, much more real than it ever was before. There is nothing more romantic than that. A pure love for a genre that is painfully honest, brutally beautiful, and bigger than life (and manga). And for a fan like me, a chance to experience that life, thousands of miles from the streets of Shonan, is as bad as it gets! 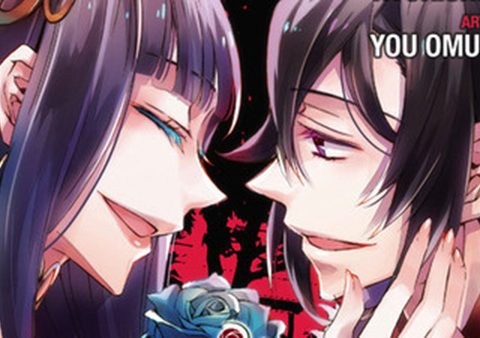 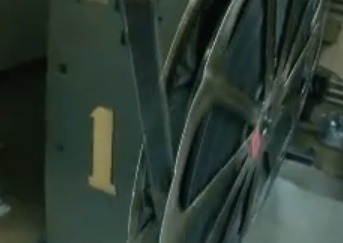 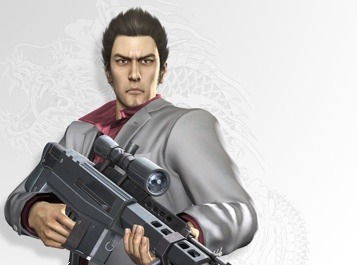 Next Yakuza Game is “Of The End” 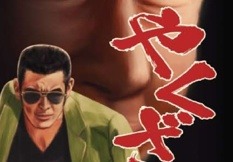 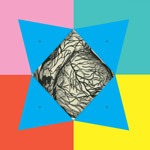 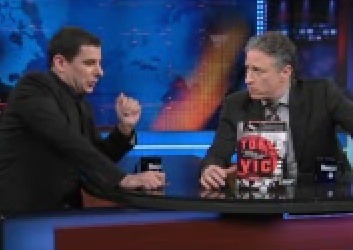 Author of Tokyo Vice on The Daily Show [Clip]