YU-NO: A Girl Who Chants Love at the Bound of This World 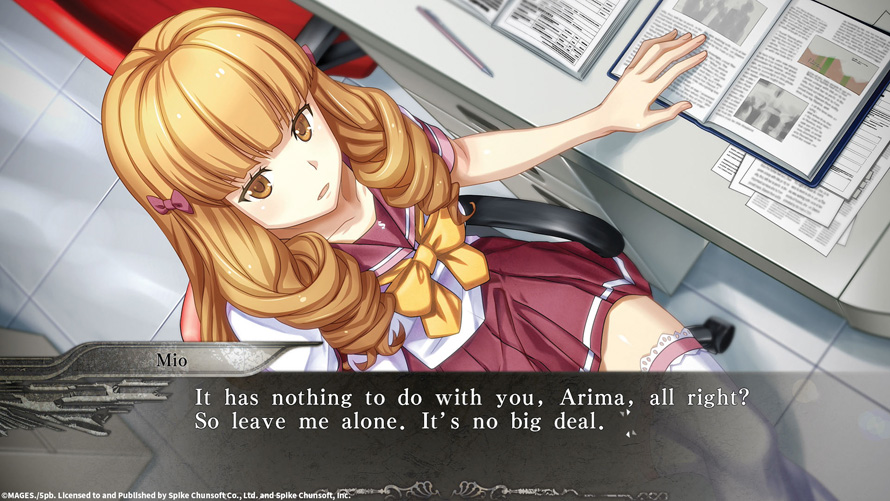 The Switch has become something of a haven for music games and visual novels, which makes it an awesome option for players looking for the more niche side of things in the industry. One of the latest additions to the visual novel quarry is YU-NO: A Girl Who Chants Love at the Bound of This World. A work from 5pb, Mages, and Spike Chunsoft, it’s actually a remake of a Sega Saturn visual novel that was once a Japanese exclusive.

Following a high school student named Takuya Arima, whose father is killed in an accident at a research site, this text-heavy visual novel (as they all are) is about the aftermath of Takuya receiving a package from his supposedly deceased father. Despite the fact that Takuya didn’t have a great relationship with his father, the package still haunts him. It turns out Dad is not only still alive, but he’s in a place that he’ll never be found. 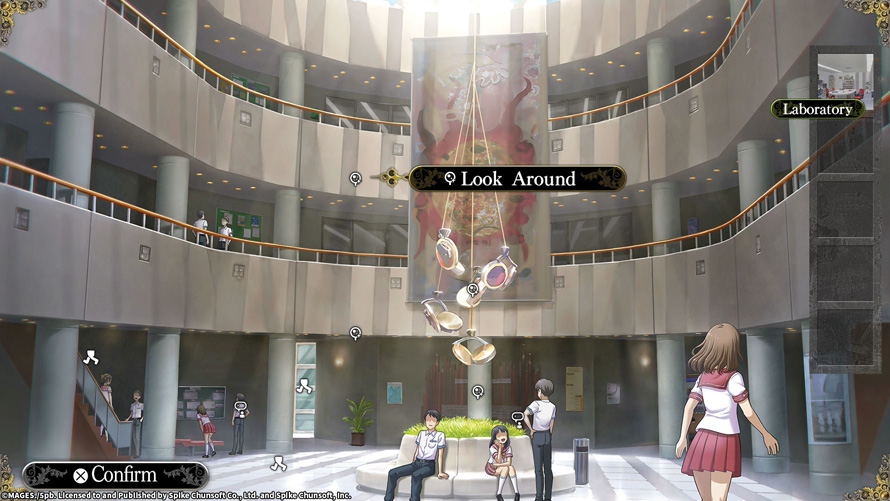 Inside the same package is a method that will allow Takuya to travel through time. When he heads to the location named in the letter with the device, he finds a young woman who’s dying. Accompanying her are an old friend of his father’s as well as another student. From there, an intriguing, time-traveling adventure begins, one with several paths you’ll want to investigate every step of the way.

While the initial setup finds Takuya otherwise going about his daily life, the rest of the game finds you exploring several points of interest in different scenes. Takuya will offer his thoughts about whatever you click on to investigate, and from there you can find important bits of information that can help you push the story along. In addition to items you can pick up and use to interact with people and things in your environment, the game utilizes a system called the Auto Diverge Mapping System, or A.D.M.S, to help you make sense of the paths you’re taking. 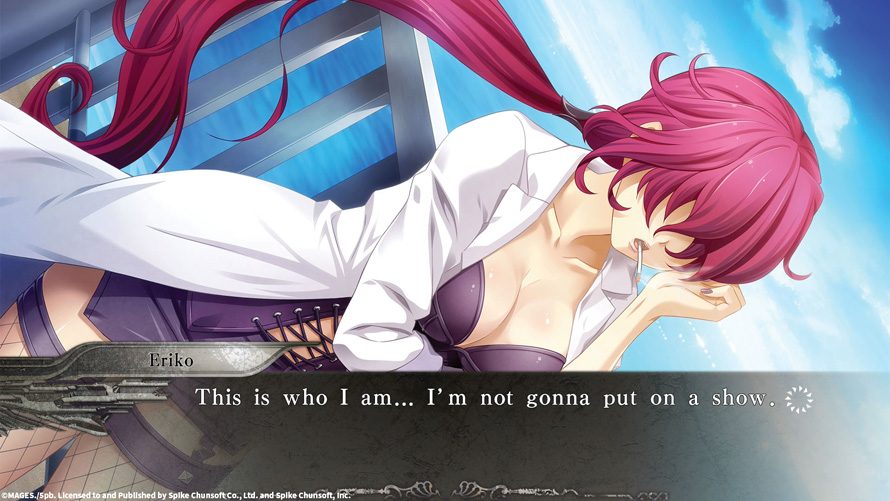 It creates a map of the parallel worlds woven together in-game to give you a visual representation of where you’ve been and where you’re going next as you work to unravel the mystery behind Takuya’s father and his location—as well as a slew of other intriguing stories. This way, you can navigate through several points to see what elements of the story have been completed and where you are at parallel moments in the story.

It’s an enigmatic, gripping 90s sci-fi tale that’s far more immersive due to its multiple options and storytelling mechanics, with a likable cast and improved graphics over its original Sega Saturn iteration. It makes perfect sense to finally land on Switch with an accessible port after all these years, and it offers an experience unlike most other entries in the genre available on the system. If you’re a fan of visual novels and haven’t yet had the pleasure of embarking on this unique adventure just yet, you should certainly see where this time-traveling journey takes you. The fact that it’s playable on the go is just the icing on the cake.