Get into the rhythm! 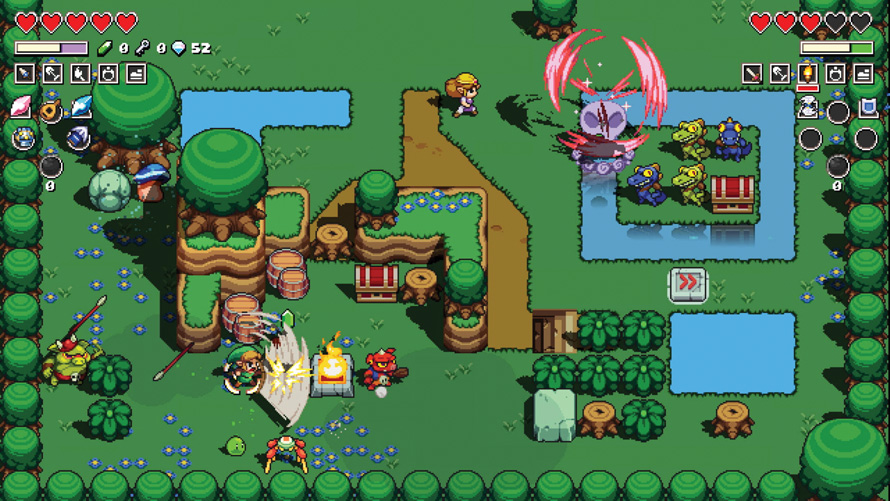 What are two tastes that go unexpectedly well together when it comes to video games? Don’t worry about guessing, because the answer might seem quite outlandish when you think about it: the rhythm-based dungeon crawler Crypt of the Necrodancer and The Legend of Zelda. And yet, they’ve come together in the most splendid of ways in Cadence of Hyrule, a Nintendo Switch exclusive that no one saw coming.

This top-down dungeon crawler combines the best parts of the fan-favorite Legend of Zelda series with the rhythmic challenge of Crypt of the Necrodancer, featuring a selection of remixed Zelda songs by Danny Baranowsky, the same composer who put together that game’s soundtrack. Together, the games collide for a unique flavor that’s just as delicious as the two individually. With a unique narrative and exciting gameplay elements that will please fans of either game as well as newcomers, it’s every bit the new gaming peanut butter and jelly. 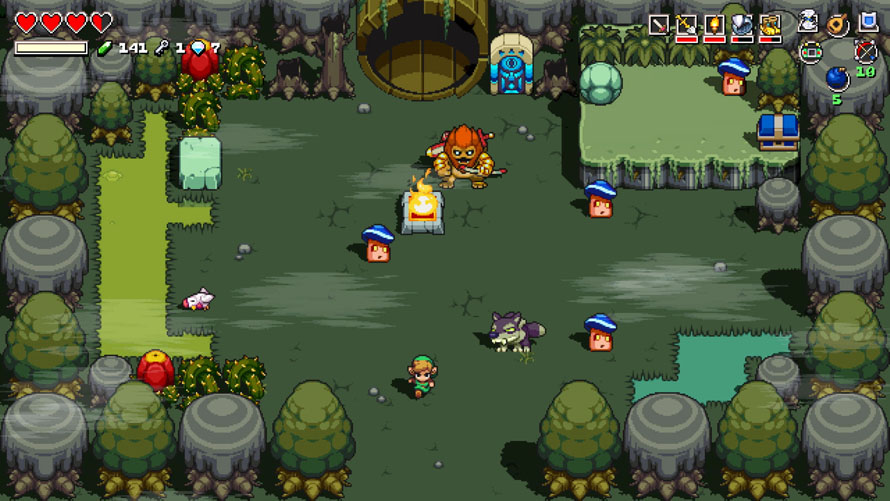 As original character Cadence, Link, and even Zelda, you can opt for special attacks, using a variety of different gadgets to progress, and even collect familiar equipment from throughout the Zelda series. You’ll embark on a journey that draws from the official Zelda mythos with its own special Crypt of the Necrodancer twist and, without spoiling too much here, there’s plenty that fans of both titles will enjoy sprinkled throughout.

You might be expecting a more traditional setup for a game with Zelda in the name, but the game’s main framework is that of Crypt of the Necrodancer. Like in the original game, which is more rhythm game than dungeon crawler, you move your characters throughout each area along with the beat. It’s important to keep in rhythm, because if you don’t, you’ll miss out on big performance boosts, whether you’re attacking, picking up loot, or handling other actions. 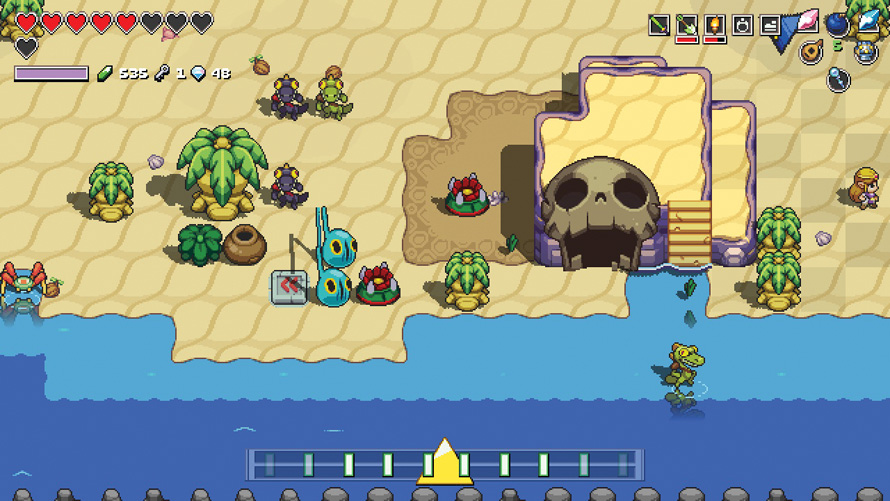 As such, it’s important to keep the beat of whatever song happens to be playing in mind. You can turn off the rhythm option if the going gets too tough or you aren’t musically inclined, but if you’re up for the challenge, timing your movements and attacks along with the music is one of the coolest things a dungeon crawler has required of players in some time. If you’ve only enjoyed Zelda games over the years and haven’t ventured into the world of Crypt of the Necrodancer, you’re in for a real treat. The rhythmic attack-and-defend “dance” you’re required to learn to keep yourself safe is an addictive one, and you’ll find yourself wishing other games approached combat in a similar manner.

If you end up failing, you’ll lose money and gear, but you’ll keep other more important items. You’ll have to start again without some of this equipment if you die, but the game isn’t a roguelike where all progress is lost. This can help you progress, in a way, because you can work with a merchant armed with lots of interesting stuff that you can only access when “dead.” If permadeath is something you were actually hoping for, you can opt to play with it turned on, but it’s absolutely not a requirement. 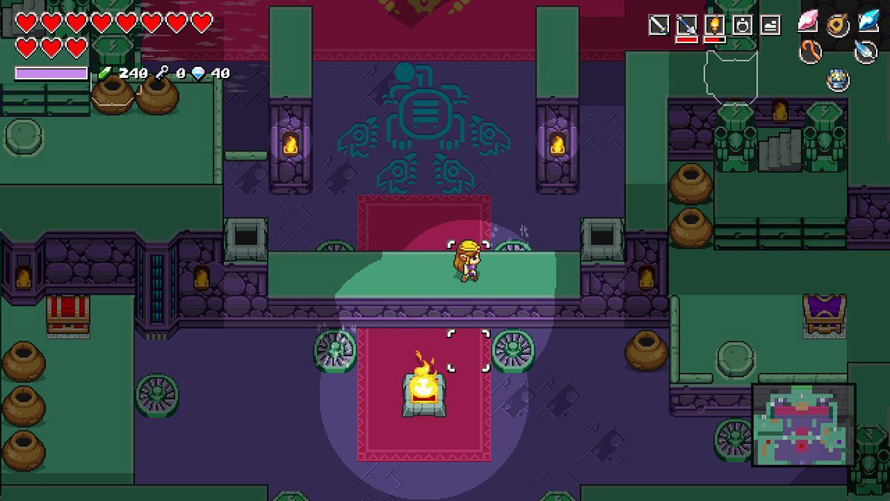 Cadence of Hyrule is a unique and exciting amalgam of two gaming tastes that work very well together, and this experimental melding of a legendary property with an indie darling is something we should absolutely see more of. Hopefully its success will end up inspiring Nintendo and its cadre to go out on a limb in the future to see if additional indie properties make for similarly great pairs.

Whole Cake Island is on the Menu in One Piece: Pirate Warriors 4 Trailer
[Review] A Certain Scientific Railgun Side Story: Astral Buddy