Zoku Owarimonogatari Novel is Next Up for Anime Adaptation 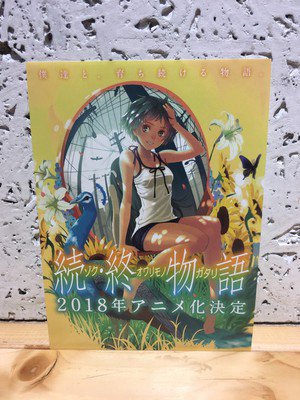 Though many novels have followed since, Zoku Owarimonogatari originally concluded the series’ “final season” back in 2014. The latest entry in the series, Shinobumonogatari, launched in July and kicked off the new “Monster Season.”

We’ll have to wait to find out what type of anime Zoku will be.