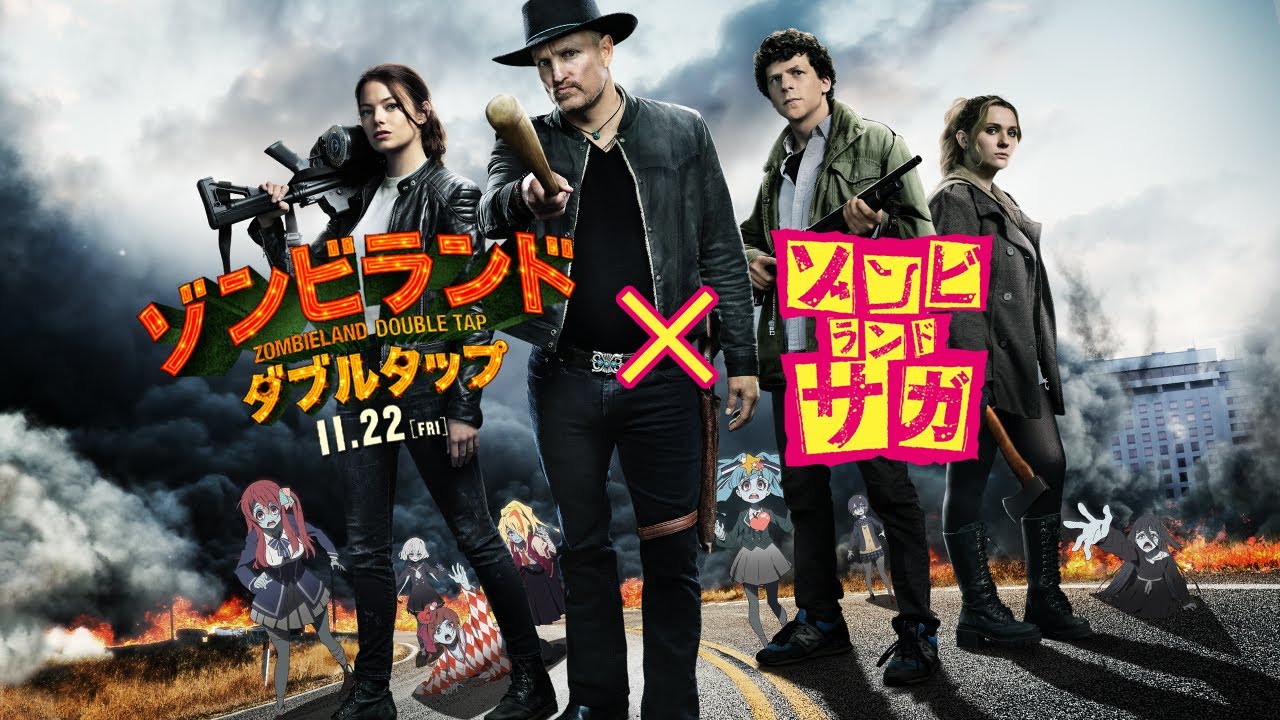 In perhaps the biggest no-brainer collaboration in every imaginable sense, the undead idols of ZOMBIE LAND SAGA‘s Franchouchou are going Hollywood to promote the upcoming Japanese premiere of Zombieland: Double Tap. The results are a promo video—in which the Mamoru Miyano-voiced Kotaro Tatsumi lets the girls know they’re going to be making their big Hollywood debut—and a special movie poster.

To top things off, some of the members of Franchouchou have been double tapped to voice background zombies in the Zombieland sequel’s Japanese dub. 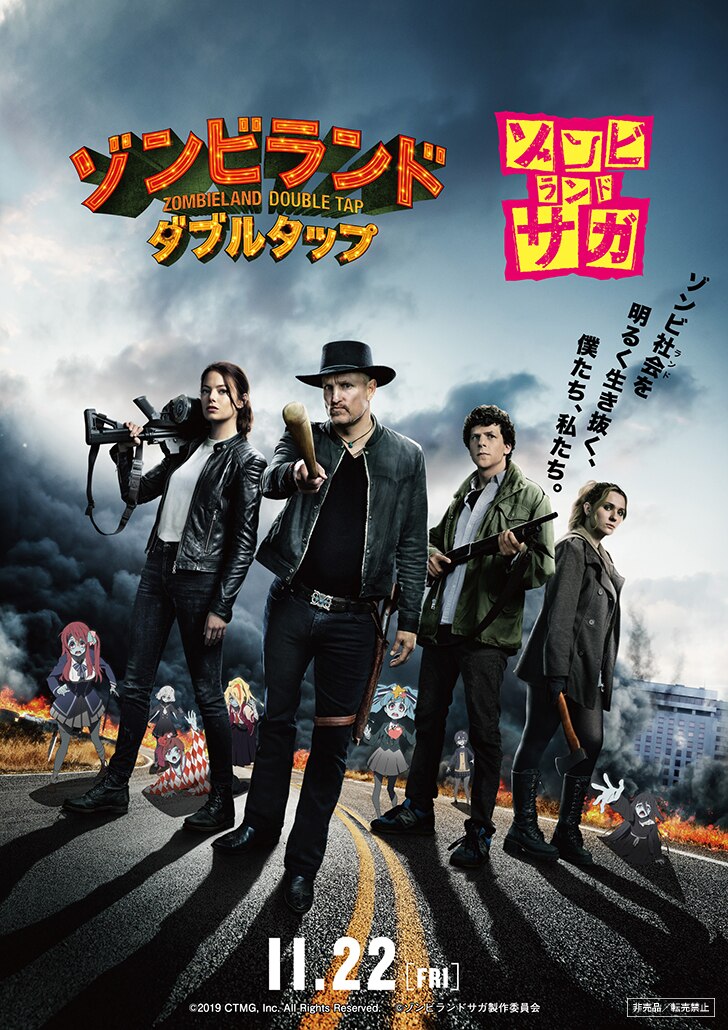